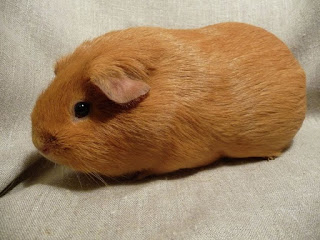 Guinea pigs are intrepid explorers
Smol but mighty.
Stroke their furry pear bums.
Battle wheeking as the fridge door opens.
Noses twitching adventure sniffing, mainly hay and nug nugs.
See them bravely run away like old soldiers.
Tasting greasy like duck (according to Sue)
I always suspected they would taste of squirming terror.

Victor, is a guinea pig. He has a Russian accent. He doesn’t like to range far from home.

Donald Trump is a tosser. Twitter is his mouthpiece ergo he is a big dumb bird.
There are big lumps of pig in this kefir.
The courteous arrow of his modesty, well-aimed but never hitting the mark, flies crooked and askew.

Victor had made his living as a toupee stand-in for the 45th, though granted political amnesty and indefinite leave to remain.
His handler, Queenie, keeps him safe in her bosom.
She will scribe his memoirs.  They will shock the world, like angry custard.
You, gentle reader, will quiver in your palm tree.
C’est juste la façon dont il est
My lap top shivers in anticipation.
The recalcitrant bolt falls at my feet.

Posted by Jenny Luddington - All Heart Led at 09:59